Like a new type of car before it is introduced in the market, Ballast Water Treatment Systems (BWTS) have to be granted a Type Approval (TA) before being installed on-board of a ship. The global (IMO) and US regulations (ETV) contain the regulations and conditions for such granting.

As from 2009 onwards, staff of MEA-nl has been involved in Type Approval testing of Ballast Water Management Systems (BWMS). We conduct both, land-based and shipboard tests. Initially in accordance with the IMO Guidelines only, later also in accordance with the ETV Guidelines as developed by the United States of America. Thereto, we have worked with many national administrations and the US Coast Guard. We can also prepare your Basic and Final Approval dossier for submission to IMO / GESAMP.

For Type Approval, series of prescribed tests have to be conducted on different types of water: marine, brackish and fresh. Those tests can be conducted on our floating test facility the barge MEA-Innovator.

Your BWMS will be preferably installed in a 20ft container and connected to our test facility. Challenge water can be augmented to meet test criteria at intake. After the required holding time, water will be discharged, sampled and analysed again.

Prior to a test, a test plan will be drafted by MEA-nl. This plan has to be approved by the national administration taking care of the certification. After the test series, a complete report will be compiled, including all analytical data.

As part of the Type Approval process, shipboard tests have to be conducted. This will take at least six months. MEA-nl can send their staff to a vessel to conduct sampling and analyses at uptake and at discharge.

When a vessel in the picture for future shipboard tests, prior to installation, we highly recommend that we will be consulted in this respect. Vessels on the spot market are very difficult to chase and to make proper arrangements well in advance for proper shipboard testing. The test process can be lengthened dramatically if not all precautions are taken well in advance. Therefore, ships on liner trades are highly recommended for this purpose

A test plan has to be written and approved by the national administration in advance. A complete report containing the results and particulars will be drafted.

The Code for approval of ballast water management systems (BWMS Code) will take effect on 13 October 2019. From that date on, BWMS have to be tested in accordance with the Code, where previously there were only Guidelines for testing purposes. BWMS approved before 28 October 2018 may be installed before 28-October 2020.

Some BWMS may require updates on the tests they have conducted so far. On a number of occasions, we have conducted gap analyses and identified which additional tests have to be conducted to bridge the gap.

The ETV protocol describes in detail the tests to be undertaken, including analytical methods, for Type Approval of a Ballast Water Management System (BWMS) under the US legislation. For the US, also land-based and shipboard tests have to be undertaken. Those tests have to be conducted via an Independent Laboratory (IL), such as Lloyd’s Register EMEA or PIA GmbH.

BWMS making use of active substances (using or producing), have to prove under the International Convention for the Control and Management of Ships’ Ballast Water and Sediments, 2004 (BWM Convention) that they are safe for the environment. The Procedure G9 prescribes that Basic Approval and Final Approval by the Marine Environmental Protection Committee (MEPC) are part of the Type Approval process.

Samples have to be analysed on Disinfection By-Products (DBP) and Whole Effluent Toxicity (WET) on vertebrates, non-vertebrates and plants. Results will be submitted via the national administration to the GESAMP Ballast Water Working Group in accordance with the applicable Methodology for approval.

Slightly different is the US approach in this respect. The US requires also tests, but very prescriptive and most on chronic toxicity.

From analyses to submission documents

In all cases, MEA-nl can do the analyses and compile the required documentation for submission. 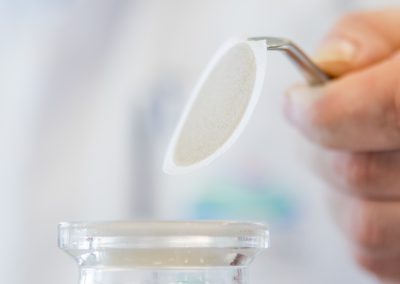 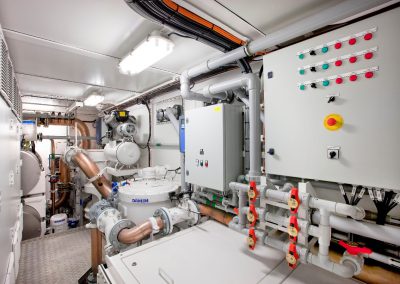 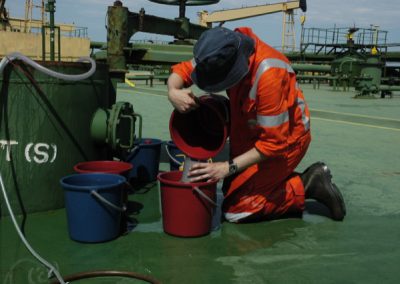 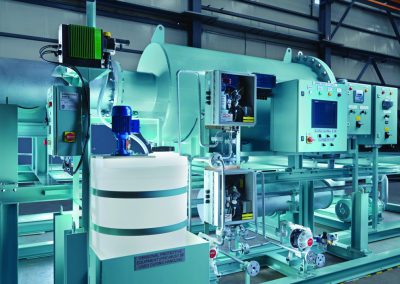 What is your water challenge?

At MEA-nl, a dedicated team of water analysis specialists is at your disposal. What can we achieve for you?

Any Questions? We're here to help!